The Puget Sound Radio Association has been meeting since 1973, when the nine founding members were drawn together by a love of old radios.

Early meetings took place in members homes, to view each other's collections and to exchange tips on repair and restoration of old radios.

The Association was formally founded in 1976. Since that time the membership has grown to almost 200.

Of the founding members, only three are still alive. An era is rapidly drawing to a close when we are able to have a first hand connection to the early days of radio. 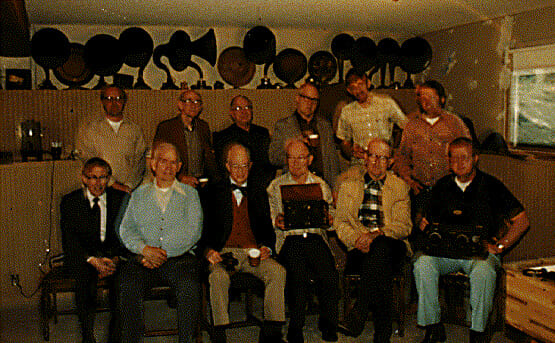